“From November 17-19, 2020 the largest network of leading social innovators will gather at the online “Ashoka Changemaker Summit” to “Rediscover Certainty”. Social entrepreneurs – innovators with a social mission – and leaders from business and philanthropy will explore what provides certainty in times of crisis and beyond. “The COVID-19 crisis has shown us that now more than ever we need to listen to social entrepreneurs and their solutions, their certainties. Many impactful approaches for a resilient future are already there. We are just not yet applying them on a large enough scale”, says Marie Ringler, Member of the Global Leadership Group and Leader of Ashoka Europe. 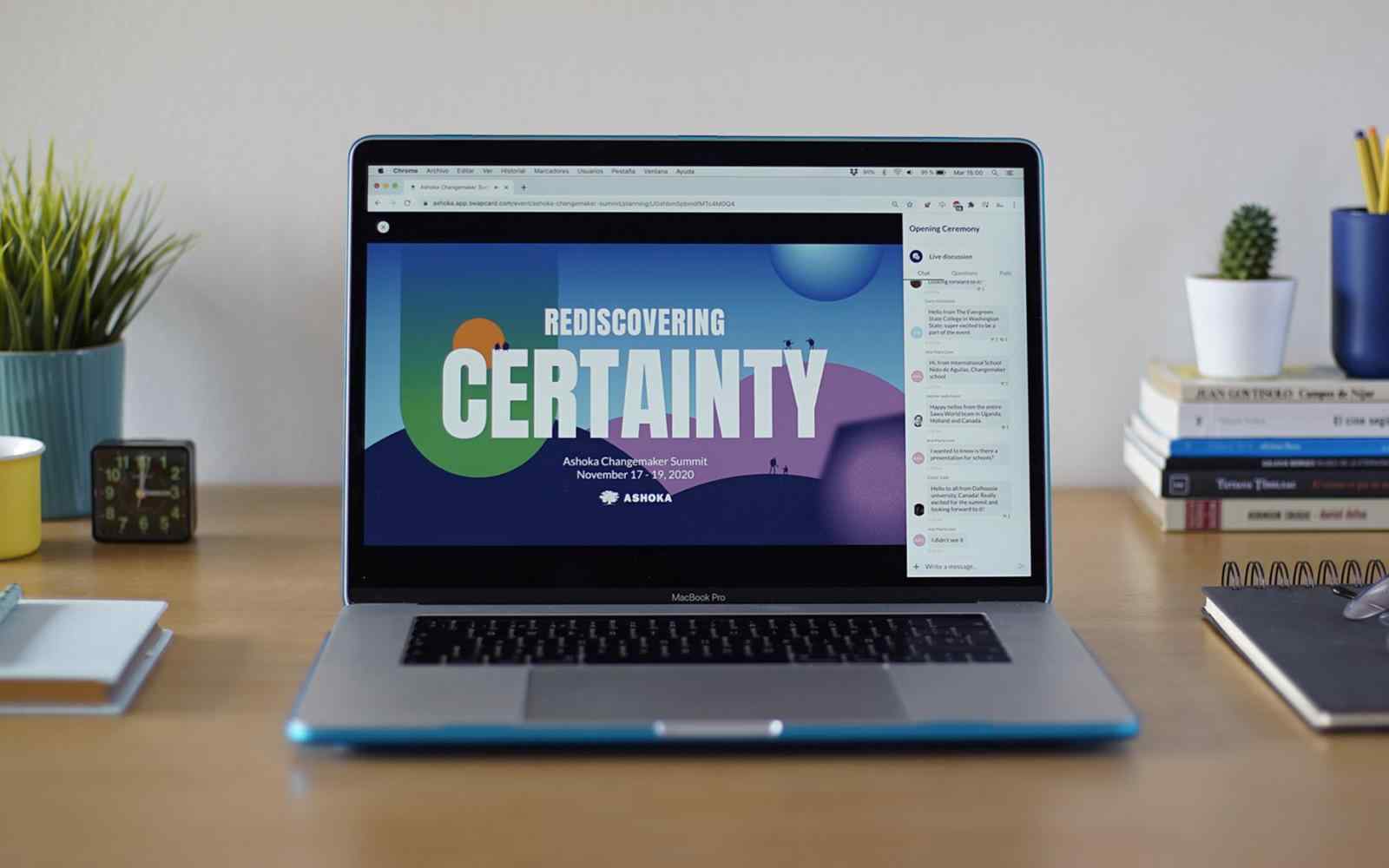 A global survey of Ashoka Fellows in April 2020 found that 83% of the social entrepreneurs expected the demand for their services to increase over the following 6 months. A quarter even saw their social impact increase during lockdown. “This shows the relevance of social innovation in times of crisis, but also far beyond”, says Ringler.

The “crisis-resistant” principles of social change

Treating or even ignoring symptoms seems to be the common practice when it comes to social justice or climate change. Over the past 40 years, more than 3.800 social entrepreneurs in the Ashoka network, the largest network of social entrepreneurs worldwide, have explored what is needed to create sustainable social change. “They have discovered approaches that have proven to be successful. These certainties about the key principles of social change have once again shown their relevance during this pandemic”, says Ringler. “It’s time for action. The power of social entrepreneurs can no longer be ignored.”

Systems thinking: Getting to the root of a problem

Among the certainties that will be addressed at the upcoming summit, one proves to be particularly decisive: ‘Systems change’, an approach that targets the root causes of a problem. Systems change happens through shifting mindsets and power dynamics, or by changing legal frameworks. “If you don’t solve the root cause of a problem and ensure that the solution has fertile ground to grow, your impact is unlikely to be sustainable. The problem will emerge again and again”, says Ringler.

Empowering others: Far more impactful than being “the hero”

Ashoka’s 40-years of experience have revealed another key approach to sustainable social change: Empowering people and communities. This message was on full display at the last year’s edition of the Ashoka Changemaker Summit, where serial social entrepreneur and Ashoka Fellow Jeroo Billimoria shared: “Whatever your intervention, make sure that it’s not you at the center of the intervention, but how you can benefit many people”.

This approach has been particularly relevant in recent times, when many have become (even more) vulnerable due to their health situation or the lockdown. Treating people as ‘victims’ would take away their creative power. Social entrepreneurs like Ashoka Fellow Ana Bella Estévez have shifted the focus ‘from victims to empowering and empowered survivors’. Estévez’s approach mobilizes women who suffered from domestic violence to support other women in their path towards liberation and independence.

More changemakers for a resilient world: a collective mindset shift

When people care, institutional change is likely to follow. Ashoka’s experience shows the importance of activating the public, making as many people as possible aware of their own power to make a difference. For example, recently elected Ashoka Fellow Stéphane Gigandet is leveraging the power of citizens to urge change across the entire food industry. By gathering and empowering a worldwide community of consumers to act upon the low quality of food and its consequences on public health, he is setting up a new paradigm in the industry, made possible through collective action.

“The more people are empowered to be changemakers – to act upon issues and stand up for their values – the better the world will be able to cope with shocks like the COVID-19 crisis. And not only that: When people perceive themselves as changemakers, they can contribute to build a more just, resilient world”, says Ringler.

“At the upcoming summit we will invite all participants to learn about new solutions, discover crucial certainties around social change and step into their own power as changemakers”, says Tito Spínola, Director of the Ashoka Changemaker Summit.